Stay ahead of the wave. Rethink diversity and inclusion now.

True inclusion means valuing authenticity over comfort. We welcome the difficult conversations. We leverage a proven process to create sustainable change, helping you make a real investment in your diversity, equity and inclusion outcomes, not just checking a box on your diversity to-do list.
‍
We believe in transformational leadership by seeding a generation of future leaders who truly get the value of inclusion with both their heads and their hearts. 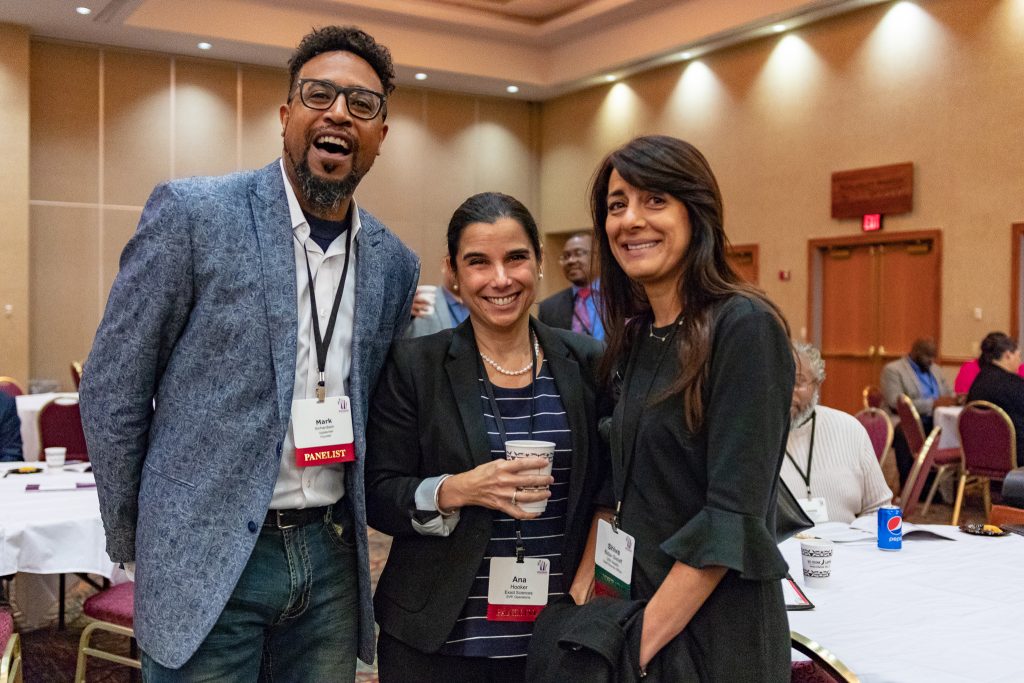 has a team of expert consultants who are passionate about guiding organizations toward racial equity and sustainable change. Our focus engages your team to develop the right business practices and programs that help shift your culture to a more inclusive and diverse place to work. Our mantra is authenticity. Our job is partnering with clients to promote: 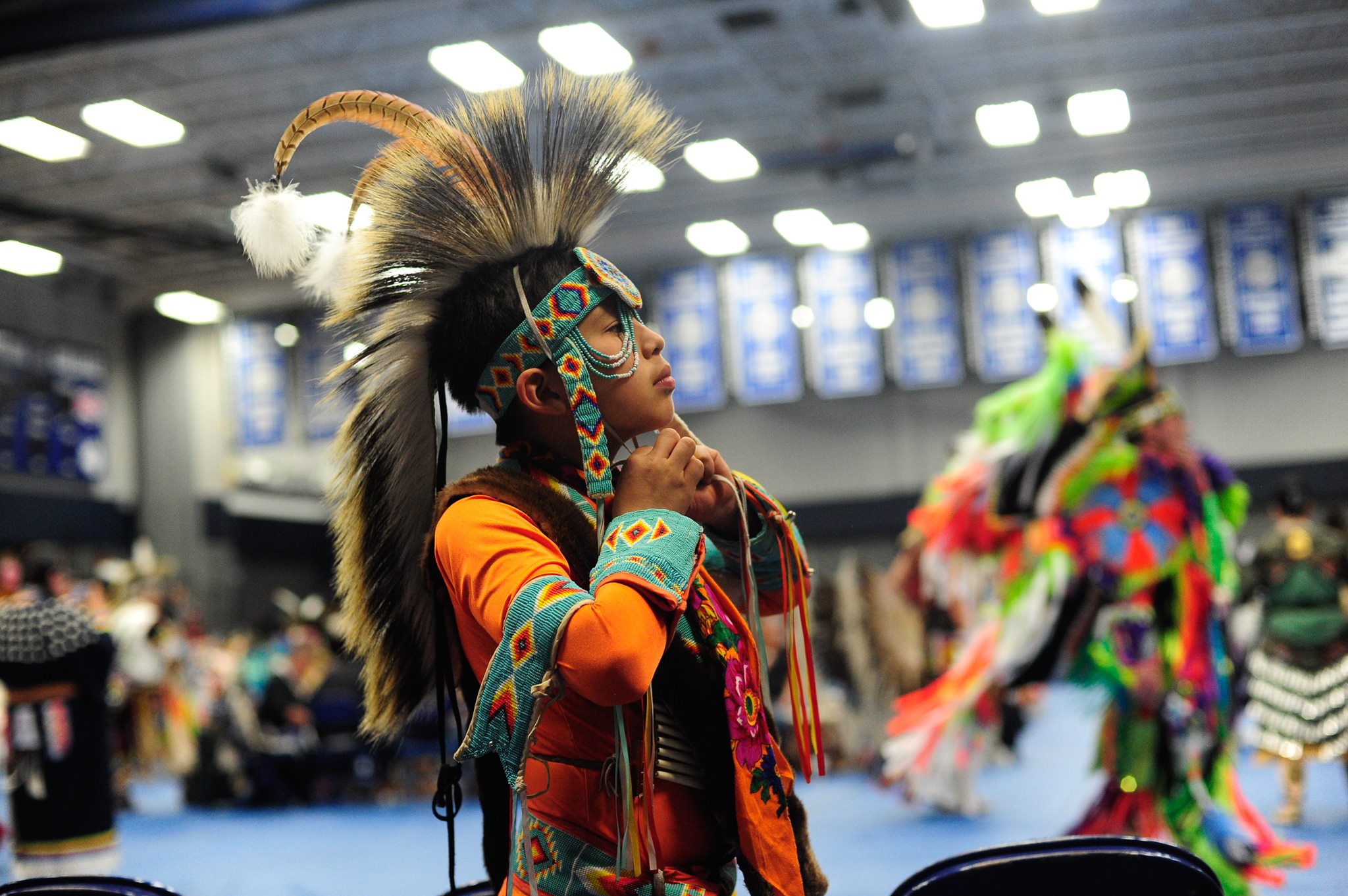 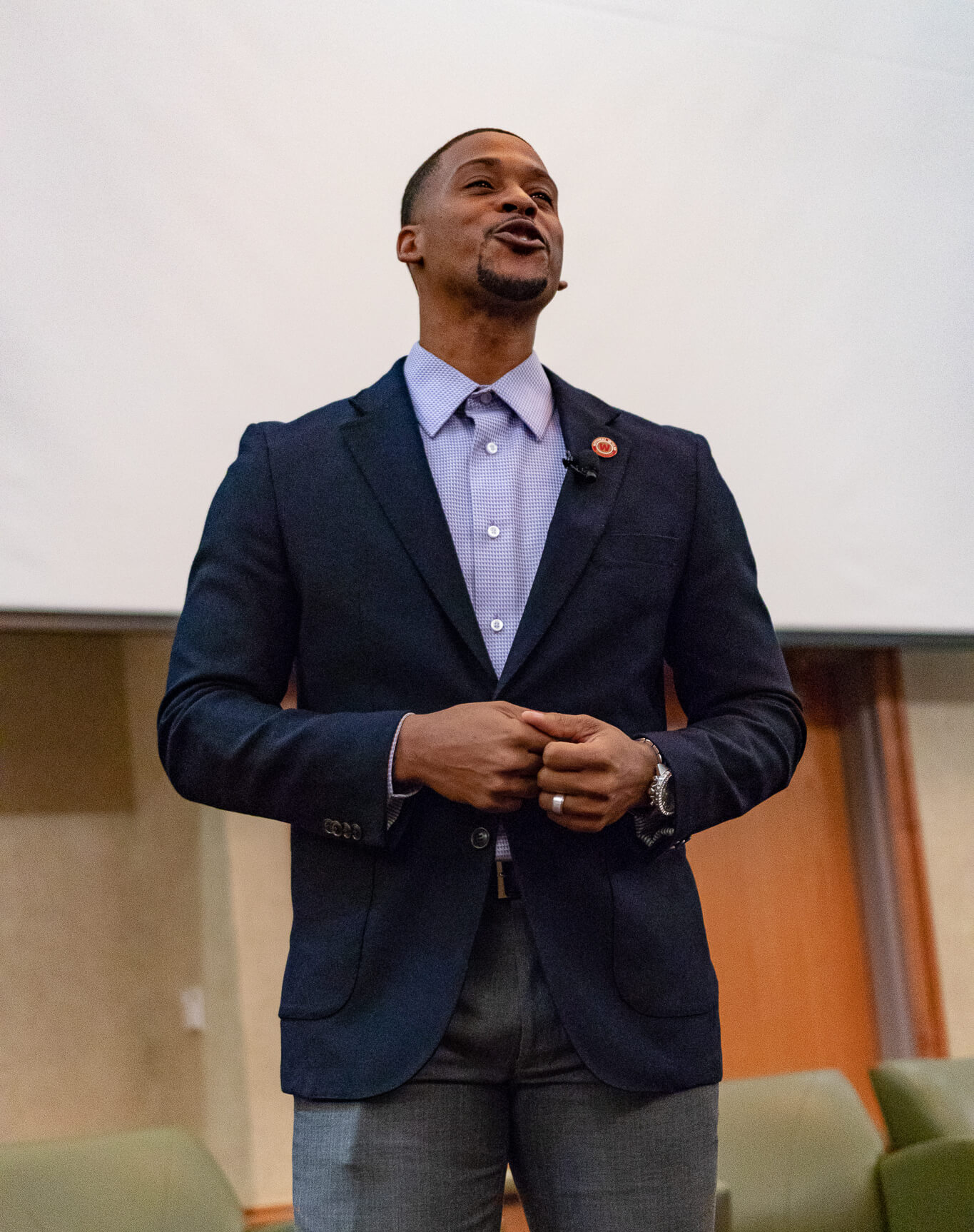 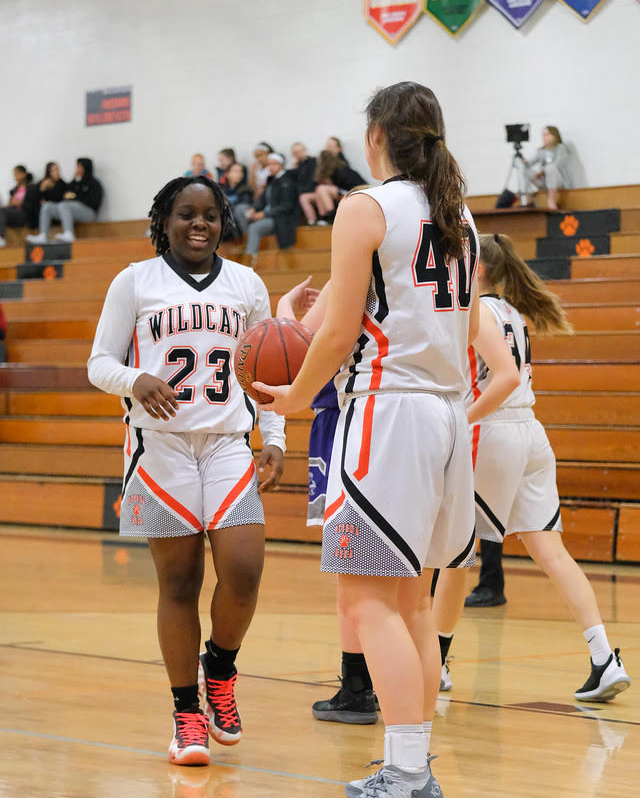 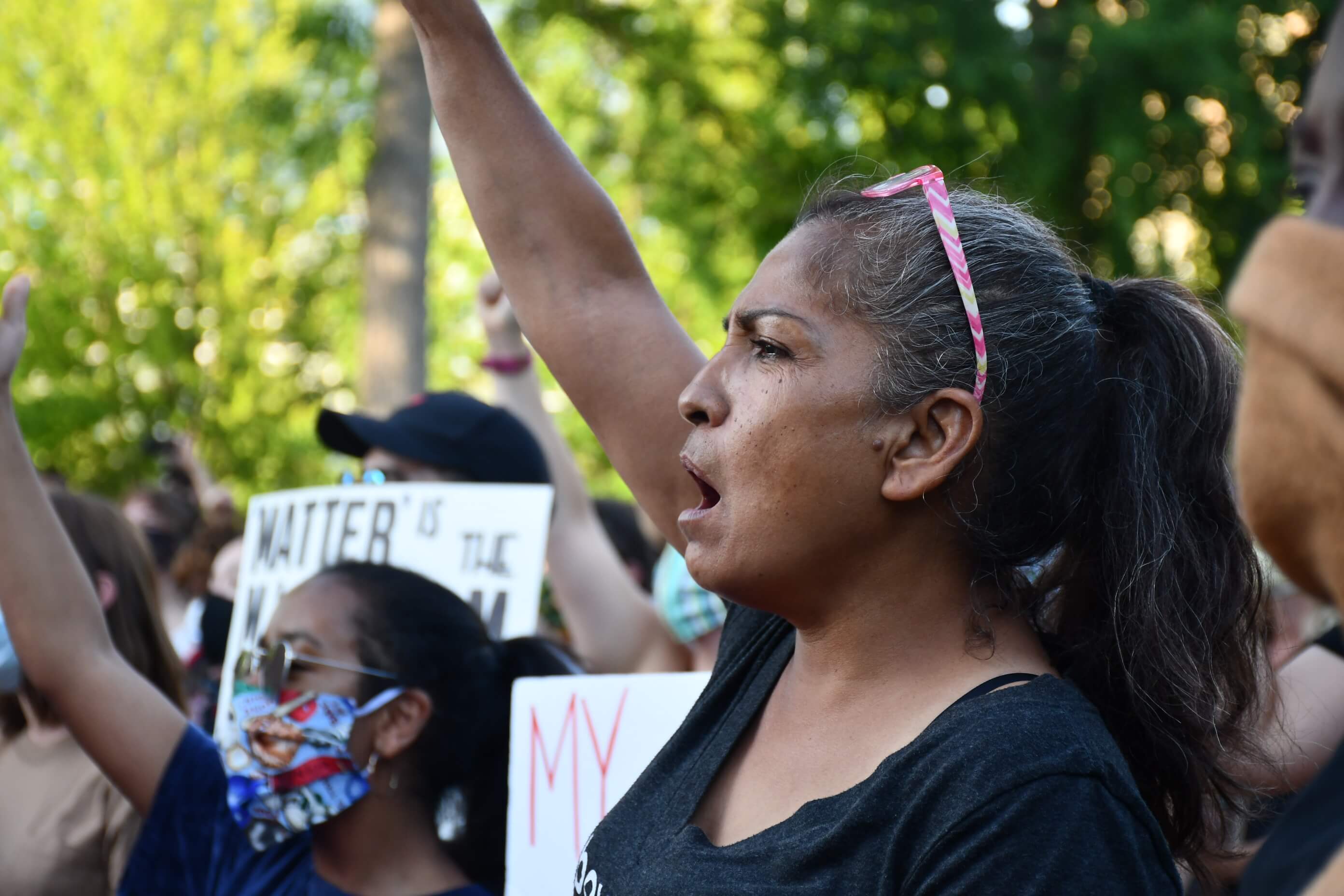 Turn to our media, change and communication experts to help guide you through any challenging situation or prepare you to respond to any crisis.

Learn how to guide your team through our diversity & inclusion process, model the right behaviors, navigate change and be open to the feedback and coaching required to lead a more diverse talent pool.

Improve and diversify your talent pipeline with people of color in the recruitment process, and then create the environment, strategies & culture that will make them want to flourish with you.

Understand what your workforce, customers & neighbors need through open dialogue, authentic engagement and active listening. Develop your D&I strategies after thoroughly delving into the problems you are trying to solve with an open heart and inclusive mindset.

Let us assess how effective your efforts to create a more inclusive environment have been. A thorough and honest review of  your policies, procedures and recruiting is just the start to ensuring that a diverse and inclusive approach is embedded throughout your organization and into the DNA of your culture. 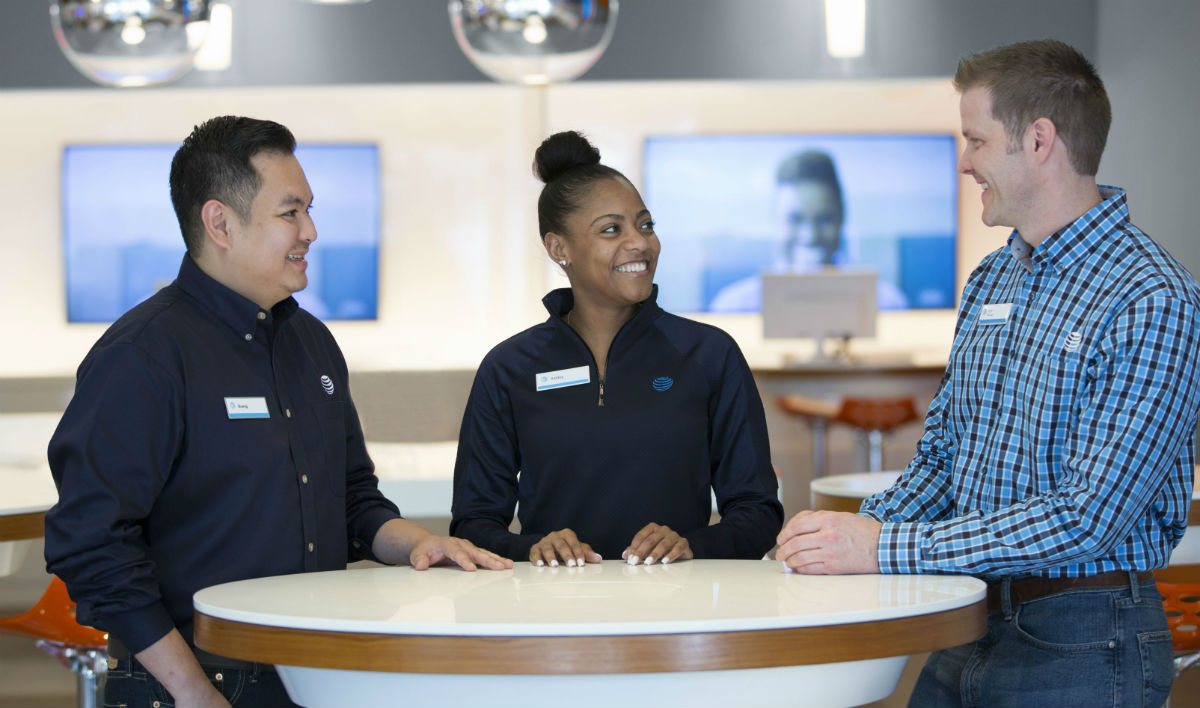 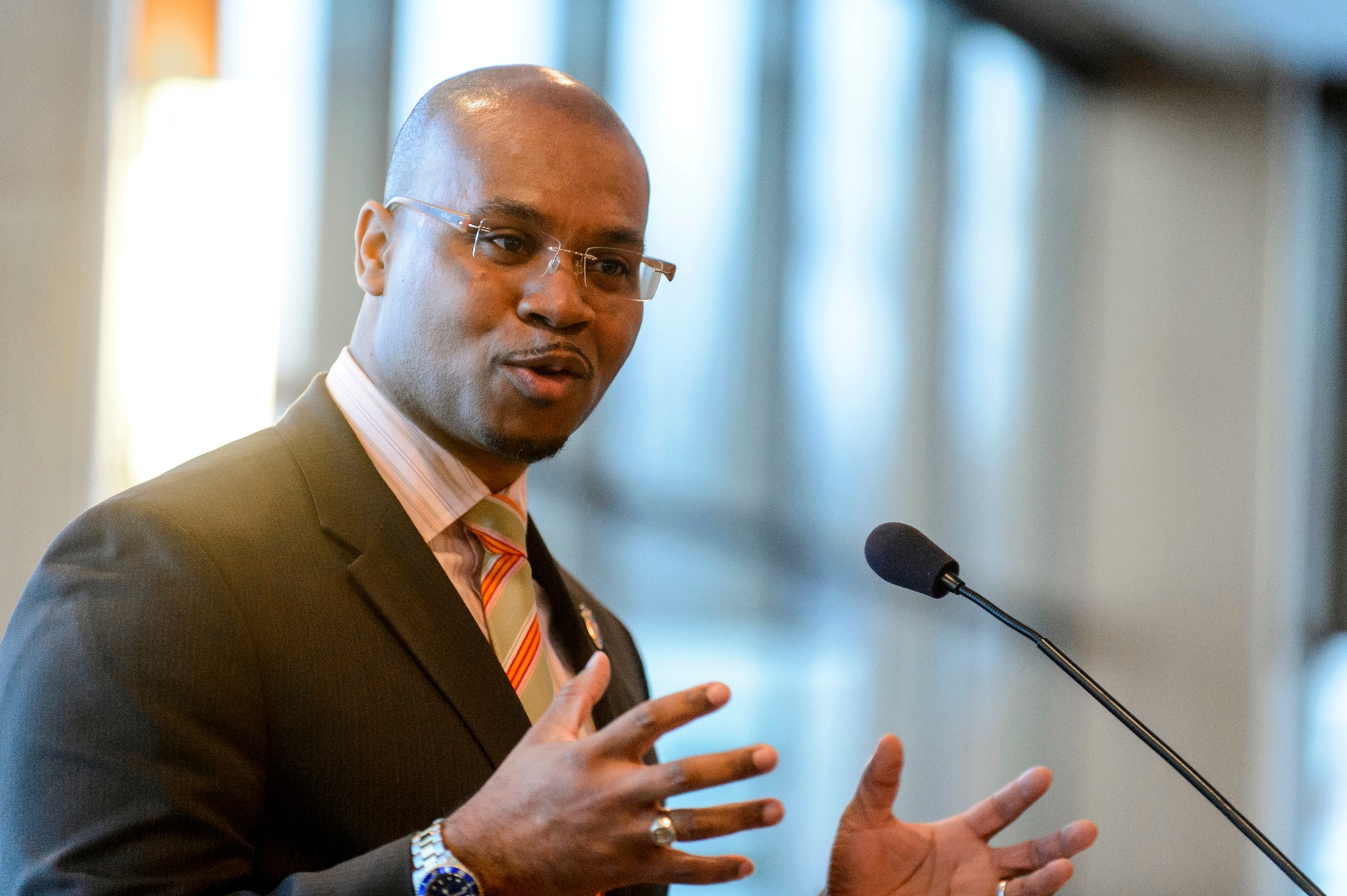 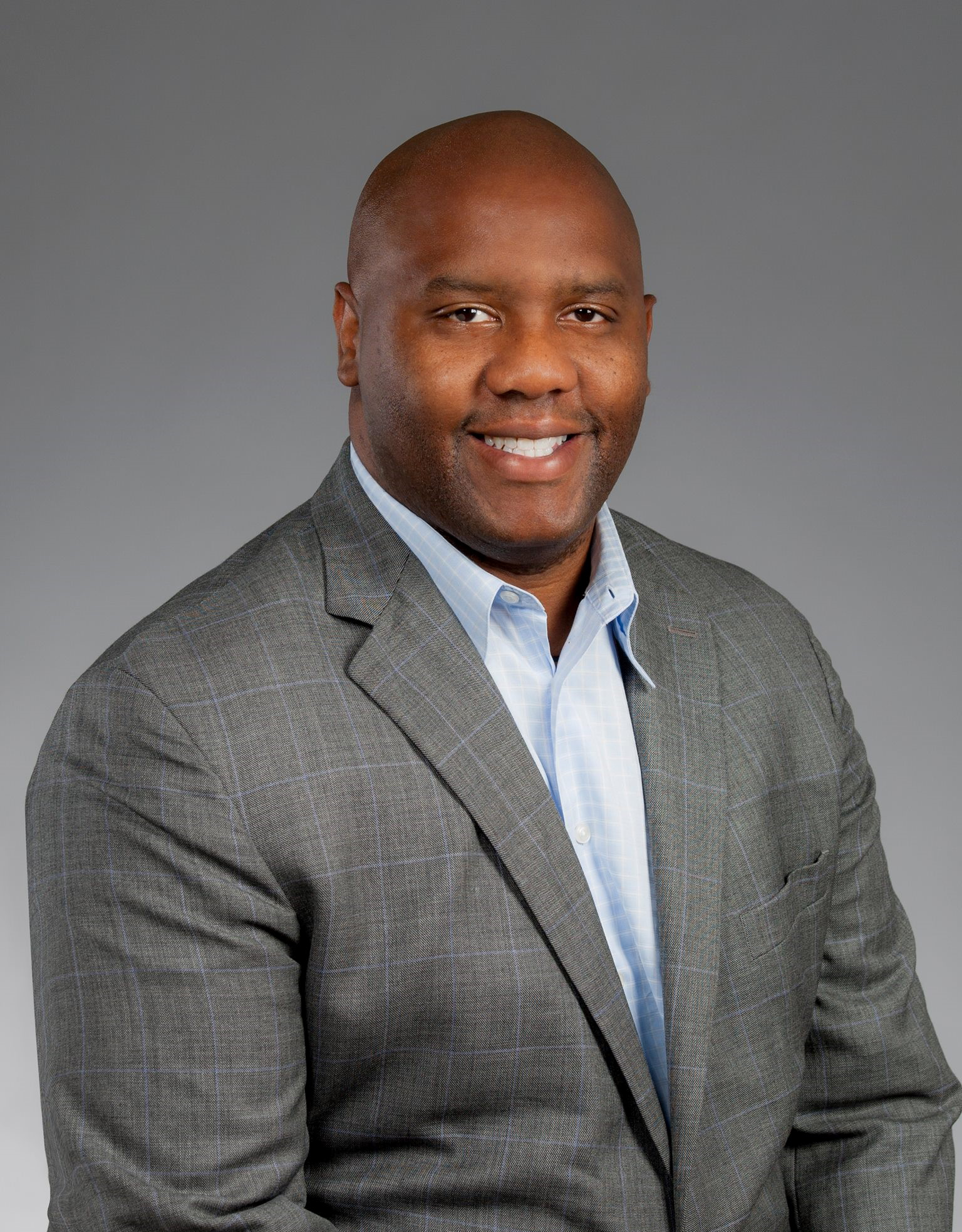 CEO of 365 Nation, and CEO of 365 Media Foundation which is the Midwest’s top media organization for communities of color. A 501 (c)(3) nonprofit organization, 365 Media Foundation owns and operates two online local news outlets (Madison365 and FoxValley365) created to keep communities of color informed and to tell stories from the perspectives of people of color. Henry created the Wisconsin Leadership Summit bringing together the most influential leaders of color to address issues and develop strategies to tackle issues of relevance to the state.
He also launched the annual publication of lists of the Most Influential Black, Latino and Native Americans across the state, highlighting people of color in positions of influence contributing to the vitality and success of Wisconsin. For nearly twenty years, Henry has been a force for community development, economic development and entrepreneurship in the Madison area, in Wisconsin, and throughout the Midwest. Henry's worked at the City of Madison’s Affirmative Action led to becoming the Outreach Director for US Rep. and now US Sen. Tammy Baldwin, who he continues to advise on issues related to economic development, diversity and inclusion. As Vice President of the Greater Madison Chamber of Commerce, Henry started the Small Business Advisory Council, Latino Chamber of Commerce and the Madison Black Chamber of Commerce. He is also the founder of the young professional’s organization Madison Area Growth Network (MAGNET), Madison Network of Black Professionals, and Capacity 360, a government relations firm that brought more than $15 million to Wisconsin businesses.In 2011, Henry was appointed by the Obama Administration as the Regional Advocate for the Office of Advocacy’s Region V, covering the states of Illinois, Indiana, Michigan, Minnesota, Ohio, and Wisconsin. In this role he serves as the Office of Advocacy’s direct link to small business owners, state and local government agencies, state legislators, trade associations, and small business organizations.
In 2018, Henry was named InBusiness Magazine’s 2018 Startup Company Executive of the Year, was given the Amigo Award by LaMovida Radio and was named Outstanding Experiential Learning Host by the Madison Metropolitan School District for allowing students to attend the Wisconsin Leadership Summit. 365Media has been recognized by the Black Chamber of Commerce and the Black Women’s Leadership Council as the Media Outlet of the Year. He serves as Vice President of the Group Health Cooperative of South-Central Wisconsin Board of Director’s and chairs its Membership Advisory Council. 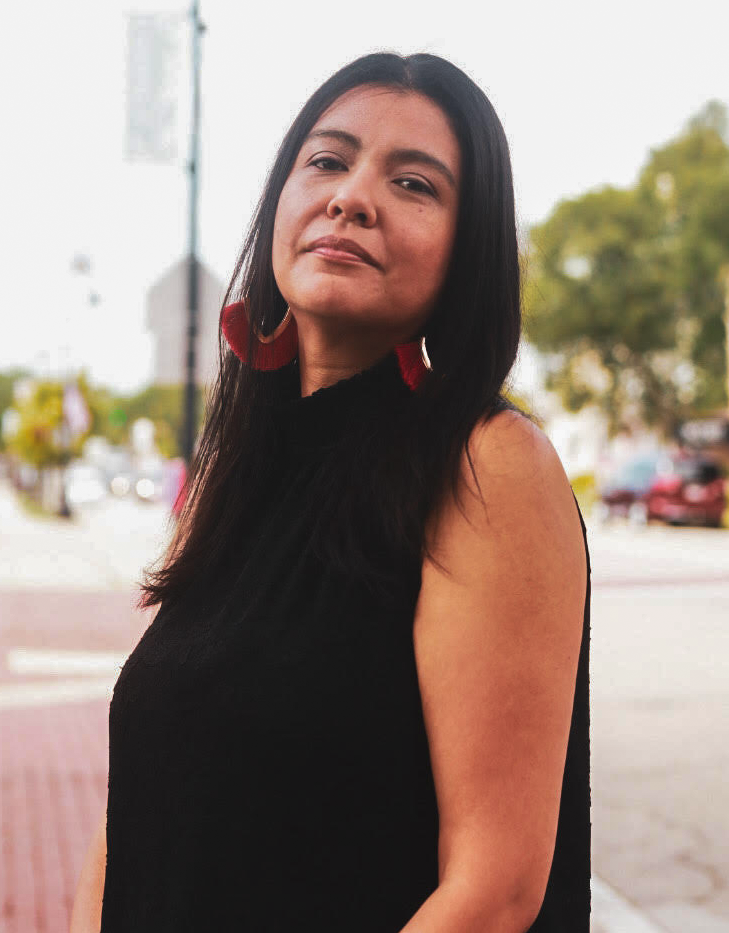 Stephanie Díaz de León is a proven professional in outreach, engagement and workplace diversity. As 365 Media Foundation’s Director of Outreach and Engagement, she is the lead planner and designer of the Wisconsin Leadership Summit, the state’s premier professional development and community-building event for the state’s leaders of color. She has also served on the Engagement, Inclusion and Diversity Committee at the Wisconsin Union and the Engagement, Inclusion and Diversity Council for the University of Wisconsin, and was a member of the University of Wisconsin’s Latino Staff and Faculty Association. She has overseen and executed many of the Wisconsin Union’s major events, including Diversity Forum every year since 2015, the Memorial Union’s reopening, the grand opening of the new Union South and many more. 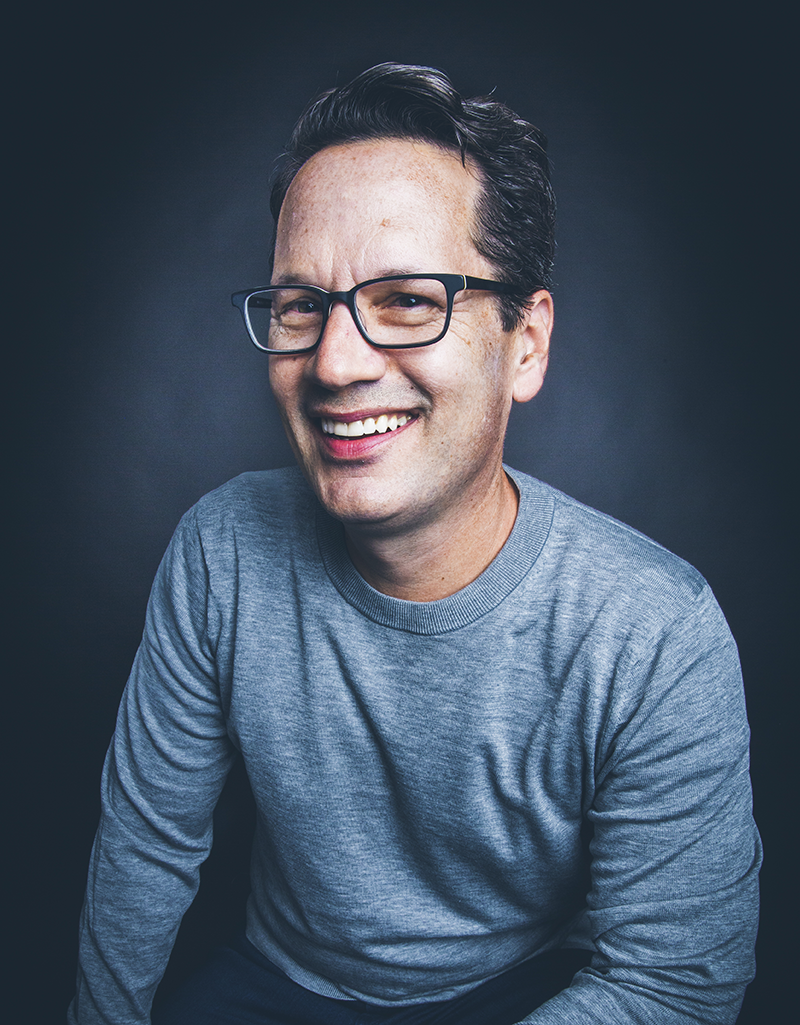 Mark Webster has served Fortune 500 and clients across the world with strategic communication, change management and executive facilitation skills for decades. HIs proven methodology helps clients articulate organizational purpose, brand projects, and reframe their narratives. Mark’s clients range from Audi to Microsoft, from the FBI to Marriott. He has extensive political experience, running the congressional offices of two members Congress, including former US Rep. and now US Sen. Tammy Baldwin (D-WI). He has also worked in Eastern Europe, North Africa and Asia building democracy and advising emerging leaders. Mark is one of the founding members of FAIR Wisconsin, sits on its PAC board, is a member of the National Gay and Lesbian Chamber of Commerce, and is certified as a LGBT contractor. 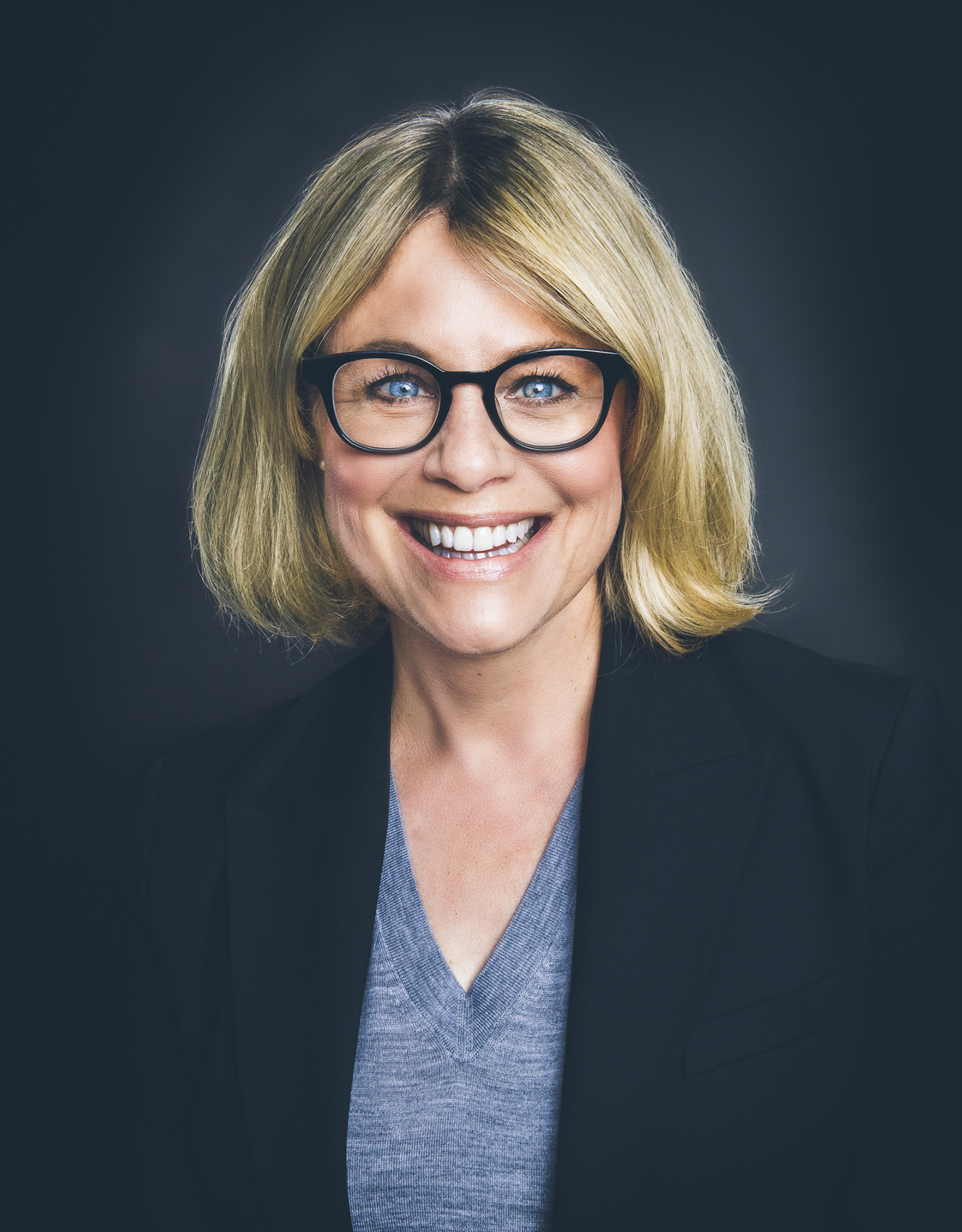 Vicky is a consultant and executive with 25 years experience partnering with clients to realize the full potential of strategic initiatives by linking strategy to operations and focusing on people as the pathway to creating real value. She has served clients across industries from large for-profit companies including McKesson, Audi, and UnitedHealthcare to community service organizations including the Colorado Health Foundation and InnovAge. Her sweet spot is translating vision to an actionable roadmap, targeting the right enablement solutions, and aligning organizational support for change. As a former COO, Vicky delivered transformative initiatives and led the enabling people, process, and technology departments. She served on the board of the Denver Youth Employment Academy and volunteers at Judi’s House, a grief counseling center for children. 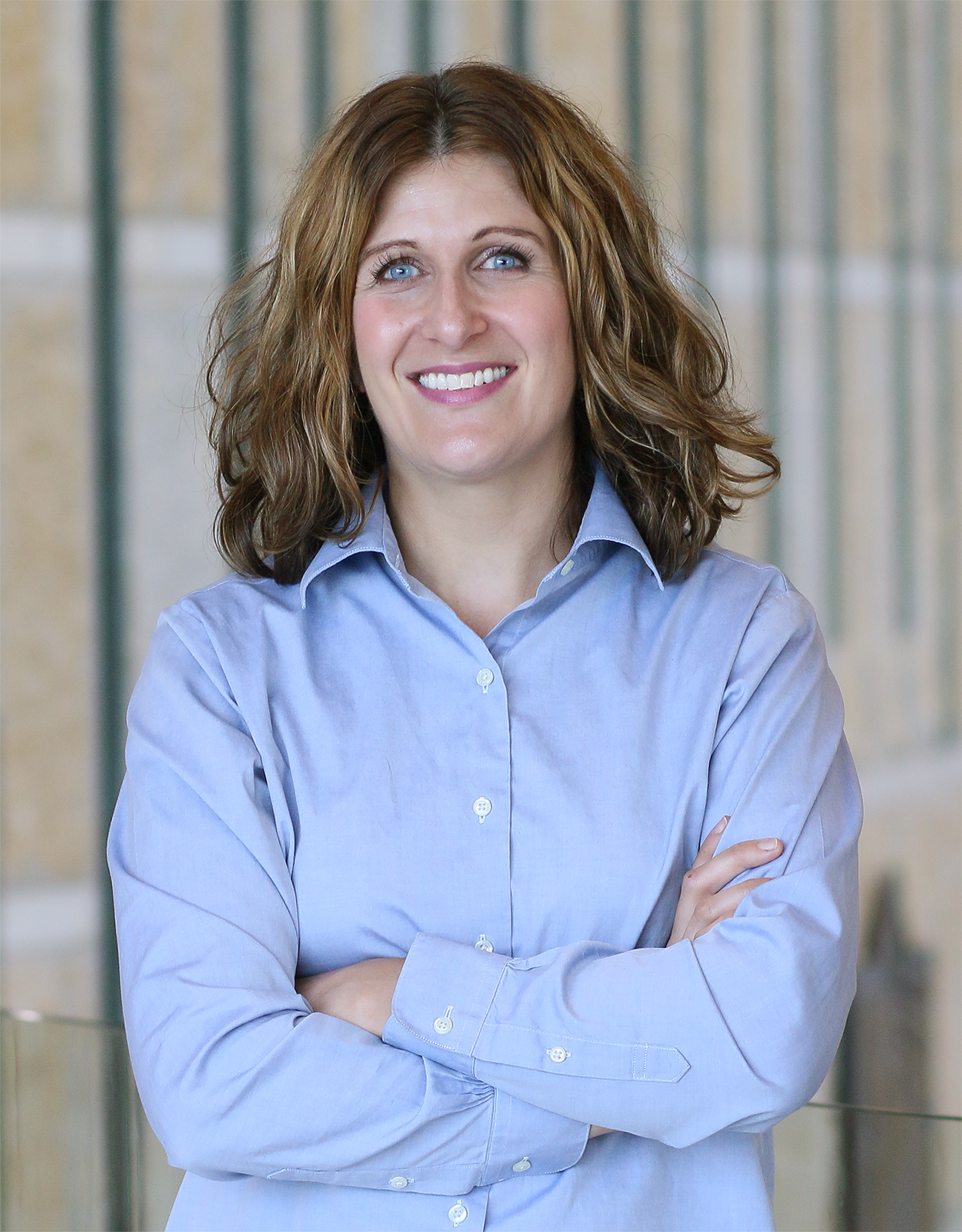 Emily Sanders has approximately 20 years of experience in establishing programs and strategies focused on improving the health and educational outcomes for people from diverse racial and ethnic backgrounds. Over the past 16 years she has provided strategic planning, project management, event management and secured over $6 million in grant funding on behalf of free clinics, public health departments, and federal qualified health centers to expand access to care for uninsured and underserved individuals. As Community Care Manager for Group Health Cooperative of South Central Wisconsin, Emily established their charitable giving programs, oversaw engagement and outreach strategies for diverse communities, managed Medicaid programs, and led cultural competence, interpreter services and community relations. She has also managed funding for community action agencies and runaway services agencies throughout the state and worked with the Wisconsin Primary Health Care Association to oversee quality improvement efforts. At Madison College, Emily leads a $12 million business and technical transformation in partnership with 11 teams and 200 employees across six campuses to implement cross-functional projects and lead change efforts including the redesign of advising services, acceleration of developmental education courses, streamlining admissions process and implementation of a student success technology platform. She also oversees a development team securing approximately $17 million in grant funding annually and providing technical assistance, financial and project oversight and grant management support for 70+ grants and sub-award agreements. Emily is Prosci Certified and is completing her Masters Certificate in Project Management from the University of Wisconsin-Madison School of Business. 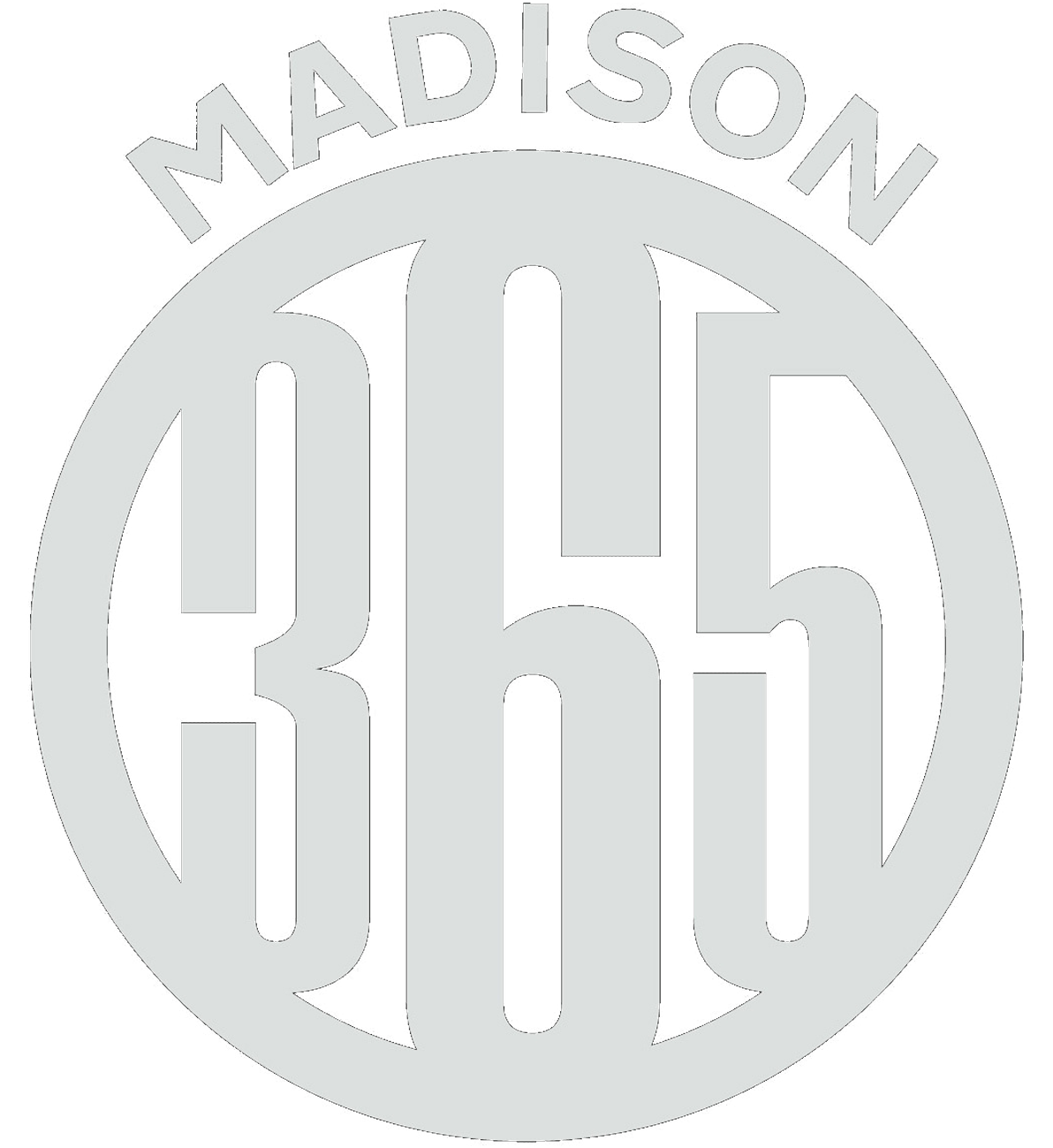 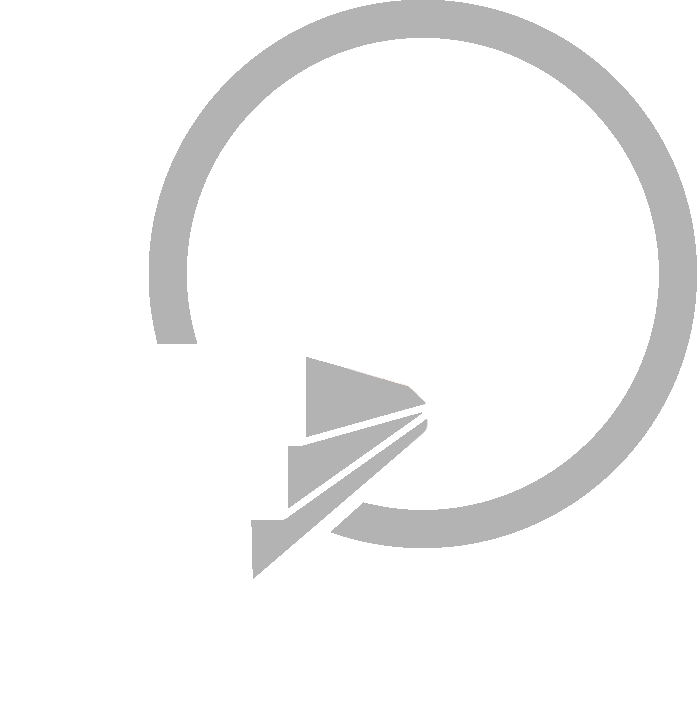 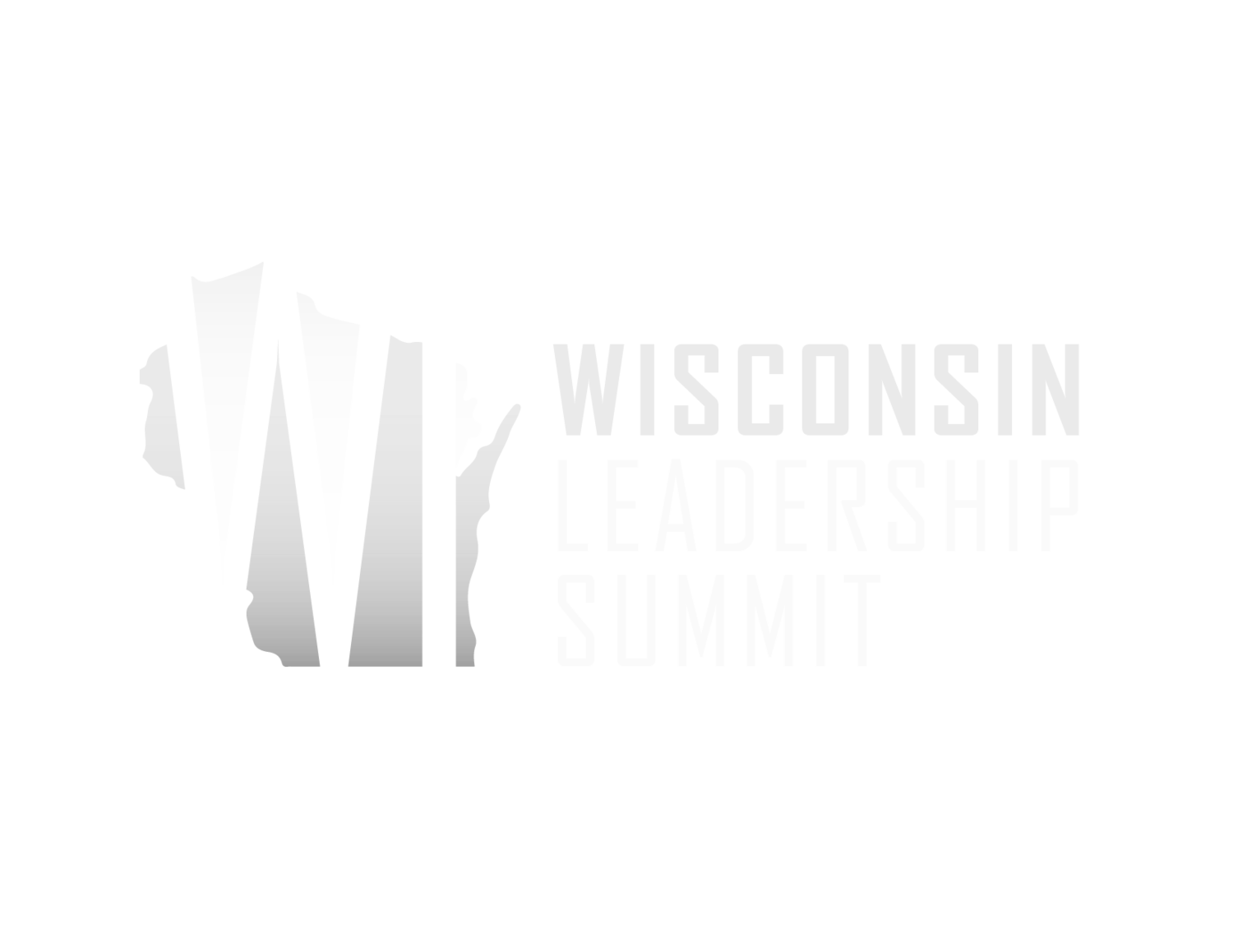